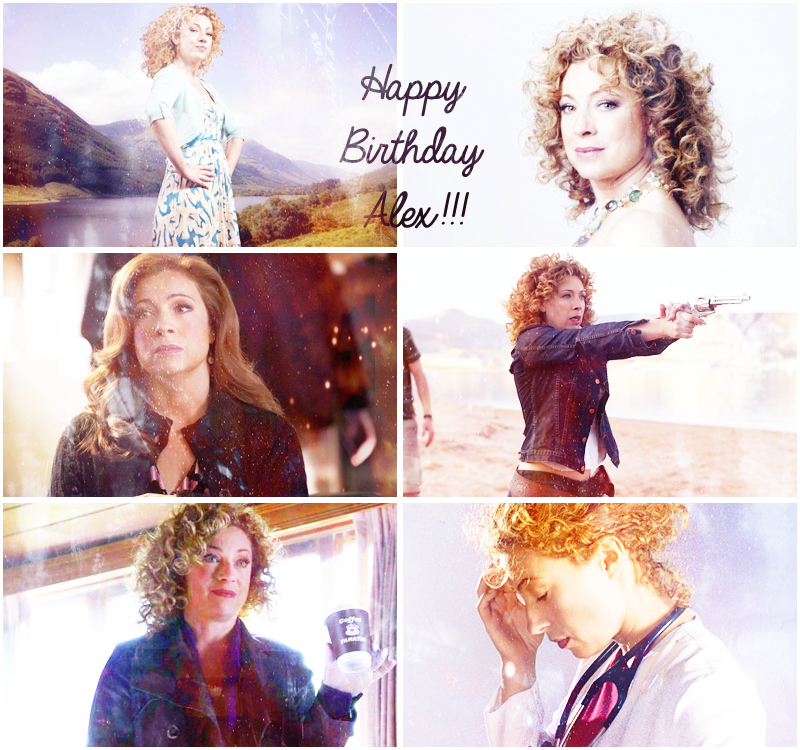 Not only is Alex Kingston in it but John Barrowman as well!!!

Alex Kingston is one of the stars for the latest series of BBC genealogy series, Who Do You Think You Are? The actress will be part of the new series also featuring Annie Lennox, Hugh Dennis, William Roache, Patrick Stewart and Samantha Womack to name a few.

Alex isn't the first Doctor Who related person to feature on the show. David Tennant appeared on the series back in 2006 and Freema Agyeman was also due to appear in a later series but never materialised for some reason. The series starts with Alex's episode on BBC1, Wednesday August 15th at 9pm.

Title: Intertwined
Author: themirrorofsin
Characters: Blanche/OC, past Blanche/Portia
Genre: Romance/Hurt/Comfort
Rating: T
Summary: Yet even as she kisses her, sometimes, just sometimes, she thinks she tastes dust, sand and the blazing sun instead of the lingering traces of strawberry jam. She does feel guilt, it is a sharp jolt in her chest, but the woman with the raven hair and blue eyes just kisses her kindly and Blanche closes her eyes and the pain ebbs away.
Notes: Starts at the end of the series and then continues after.

It's from the Daily Fail but even they're not gonna lie about an actor's future projects, right? It seems Alex Kingston will be in the second series of Upstairs Downstairs, playing the role of Dr Blanche Mottershead, a role that sounds slightly similar to er, River actually.

Just made 'Hope Springs' caps & I thought I'll share The Kingston with the rest of you :).